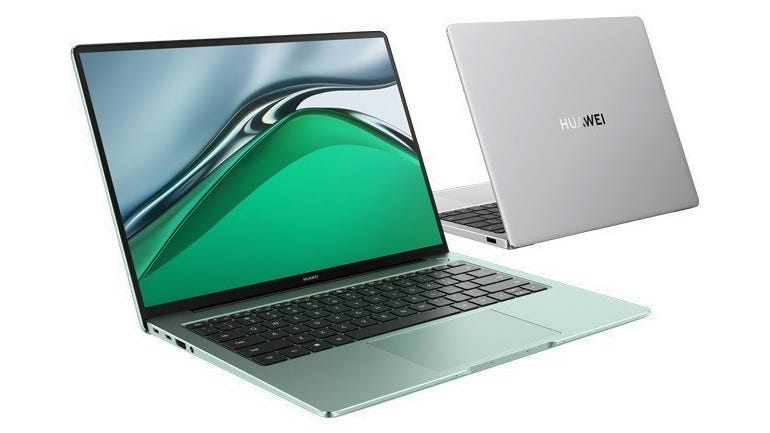 The 14.2-inch MateBook 14s is available (outside the US) in Spruce Green or Space Grey.

Compact and elegant might be the best way, to sum up, the design of the Huawei MateBook 14s, although those who opt for the Spruce Green color scheme will get a distinctive-looking device. I was sent the rather less exciting Space Grey option, with a deep slate-grey chassis which, in the right light, has rich purple overtones. Clean lines and rounded corners rule, and if minimalism is your thing, it should be a winner.

If you want the green model you'll have to forego Evo branding and the 1TB SSD because that's only available with the grey version. In every other respect, the specifications across the two models are the same. 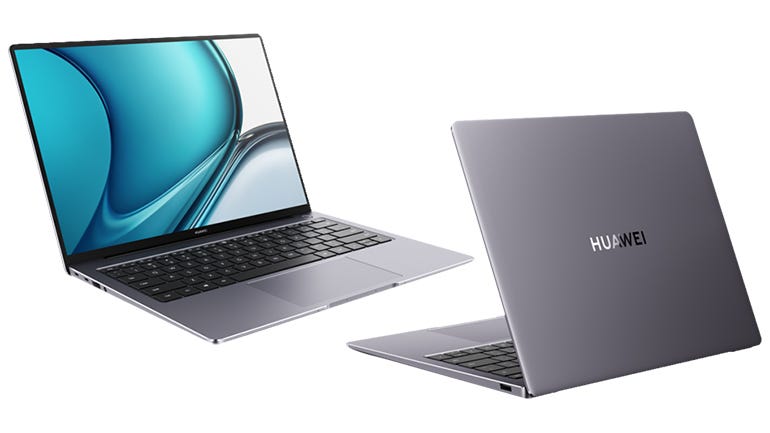 The MateBook 14s runs on an 11th-generation Intel Core i7 processor with 16GB of RAM and either 512GB or 1TB of SSD storage. The higher-spec model is Evo-branded and only available in Space Grey.

Huawei has squeezed the 14.2-inch screen into a compact chassis measuring 313.82mm wide by 229.76mm deep. The Huawei MateBook 14s weighs 1.43kg, and there are lighter 14-inch laptops available, but the trade-off here is a solid build. A sleeve is advisable to protect the shell from scratches, but it should withstand the general rough and tumble, despite the fact that the specs make no mention of MIL-STD compliance or an IP rating.

The 14.2-inch screen sits in bezels which are fairly evenly sized all-round, delivering a 3:2 aspect ratio that provides a little more screen height than usual. Video can be letterboxed, but the aspect ratio comes into its own when you're looking at websites, writing into web apps or working with spreadsheets. Huawei claims a screen-to-body ratio of 90%, but we calculated it at 83.4%.

Huawei fits a touch screen as standard, and it's responsive in use. The LTPS panel isn't as vibrant as OLED, and this is particularly apparent when you're watching video or looking at photos. It's fine for mainstream productivity use cases though. The resolution of 2,520 by 1,680 pixels (213ppi) ensures that text and images are sharp. The screen's maximum brightness is 400 nits, which might make outdoor working tricky in sunny conditions.

The MateBook 14s offers a 90Hz screen refresh rate in addition to the default 60Hz. The higher refresh rate can make general use feel smoother, and is toggled via a key combination (Fn+R). When this is activated, the laptop will automatically select the most suitable refresh rate for the task in hand. I set the refresh to 90Hz and left that setting in place for the whole review period. If this were my everyday laptop, that's what I'd do.

Huawei has built four speakers into the MateBook 14s. Sound quality is good, with plenty of volume and no distortion at the upper reaches. The four front-facing microphones have a 5-metre pickup range and 360-degree coverage, Huawei claims. Along with noise cancellation, this mic arrangement should give you a degree of freedom during voice or video calls.

Thankfully, the 720p webcam is in the conventional location, embedded in the bezel above the screen. Huawei has previously used a quirky solution where the webcam was incorporated into one of the Fn row keys, popping up when the key was pressed. Not only did this make for an awkward and unflattering viewing angle for video calls, it also precluded the use of Windows Hello face authentication. That would have been a complete deal-breaker for some potential buyers.

Both of these issues are now solved, although two more remain: the webcam's 720p resolution could do with an upgrade, and there's no privacy cover for the camera – something that's fast becoming an important differentiating feature. 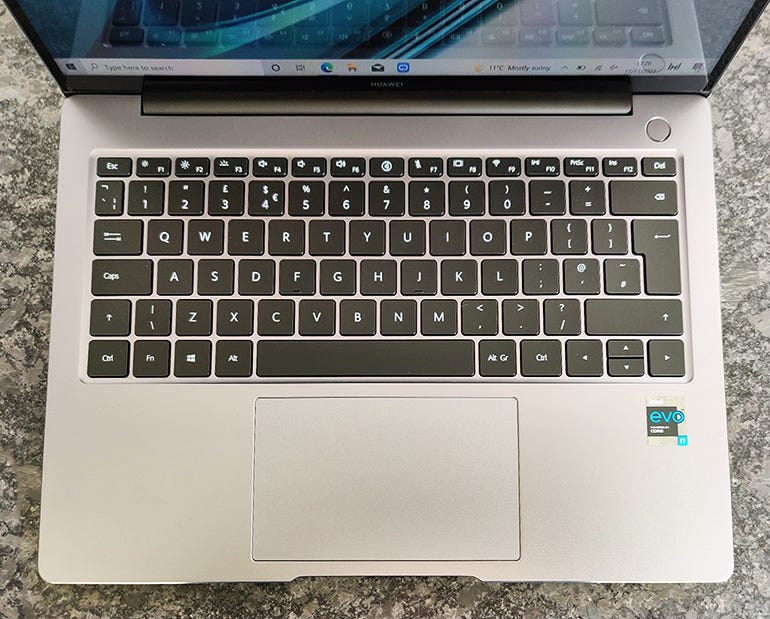 The full-size backlit keyboard, with 1.5mm key travel, is a comfortable typing platform. Thankfully, the webcam no longer pops out from the central Fn key.

The keyboard is a pleasure to use. Keys have 1.5mm of travel and the typing action is very positive. The light 'clack' as words are produced is not loud enough to be disturbing. All the keys are relatively large, with a double-height Enter key that's easy to hit accurately. The half-height Fn keys are as wide as the QWERTY keys, and the arrow key quartet has full-size left and right arrows and half-size up and down arrows. I never felt compromised or constrained while typing. The Fn key that previously housed the webcam now activates the Windows speech-to-text facility. There is a fingerprint sensor in the circular power button that sits above the keyboard. The touchpad is large and responsive.

The MateBook 14s has a pair of USB-C ports with charging and DisplayPort support, a single USB-A, full-size HDMI connector and a 3.5mm audio jack. One of the USB-C ports (the second on the left-hand side), supports Thunderbolt 4 on the review model (16GB/1TB).

Battery life can be the downfall of a laptop that impresses in other respects, but here that's not the case with the MateBook 14s. From a full charge, I worked for three hours writing into web apps, streaming media and browsing, and during that time the battery dropped a steady 5% every half hour, finishing up at 70%. This estimated total runtime of around 10 hours makes all-day working entirely feasible.

The 90W USB-C fast charger can boost the battery significantly in a short space of time. On one occasion with the battery at 36% I started charging and it rose to 53% after 15 minutes, 69% after 30 minutes and 84% after 45 minutes. 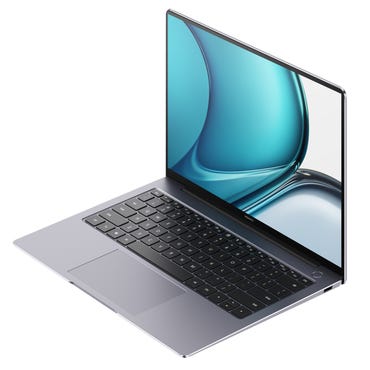 Huawei may be struggling (outside China) with its smartphones right now thanks to the continuing ban on Google Mobile Services, but the 2021 MateBook 14s shows the company on top form with its laptops. Now that the keyboard-embedded webcam is no longer an issue, there are no deal-breakers, although it would be good to see a privacy cover for the webcam, along with a boost to 1080p resolution.

Battery life is good, the keyboard is great to work with, there's plenty of storage and a powerful processor to keep things going, while the touch screen's 90Hz refresh rate makes for smoother working. It's just a shame the Spruce Green chassis isn't available for the higher 1TB specification.

The Huawei 4G router is a wireless broadband router that is powered by a 4G SIM card. It can be easily configured and works on any PC. It requires a USB connection to the router, as well as a wireless...

Huawei was the biggest mobile camera lens importer in China before the company was hit with a U.S. ban, says a report. This report doesn’t surprise us, as it shows the importance and the ability of th...

Huawei is clearly gearing up for a big announcement event on December 23. The company is expected to unveil the Huawei P50 Pocket, possibly another clamshell, called the Mate V, though these could tur...

Most Popular
Navigation Lists
Back to Top