Marvel has taken the streaming world by storm following the successes of WandaVision, The Falcon and the Winter Soldier, and Loki. Luckily for fans, those shows were only just the beginning. The streaming service announced last year that the Marvel Cinematic Universe (MCU) would continue to grow with roughly 10 new original series over the next few years, seeing the introduction of new heroes and the return of beloved favorites.

With several new series set to be released later this year and in 2022, it can be hard to keep up with what’s to come. Below, check out our cheat sheet for all of the information you need to know about Marvel’s upcoming Disney+ original series.

After the Season 1 finale changed so much about the MCU, it was no surprise when Loki announced there would be a second season (in the finale post-credits scene). Rumored to also be appearing in the Doctor Strange sequel Multiverse of Madness, we can’t wait to see Tom Hiddleston return as the trickster god on the big and small screen. 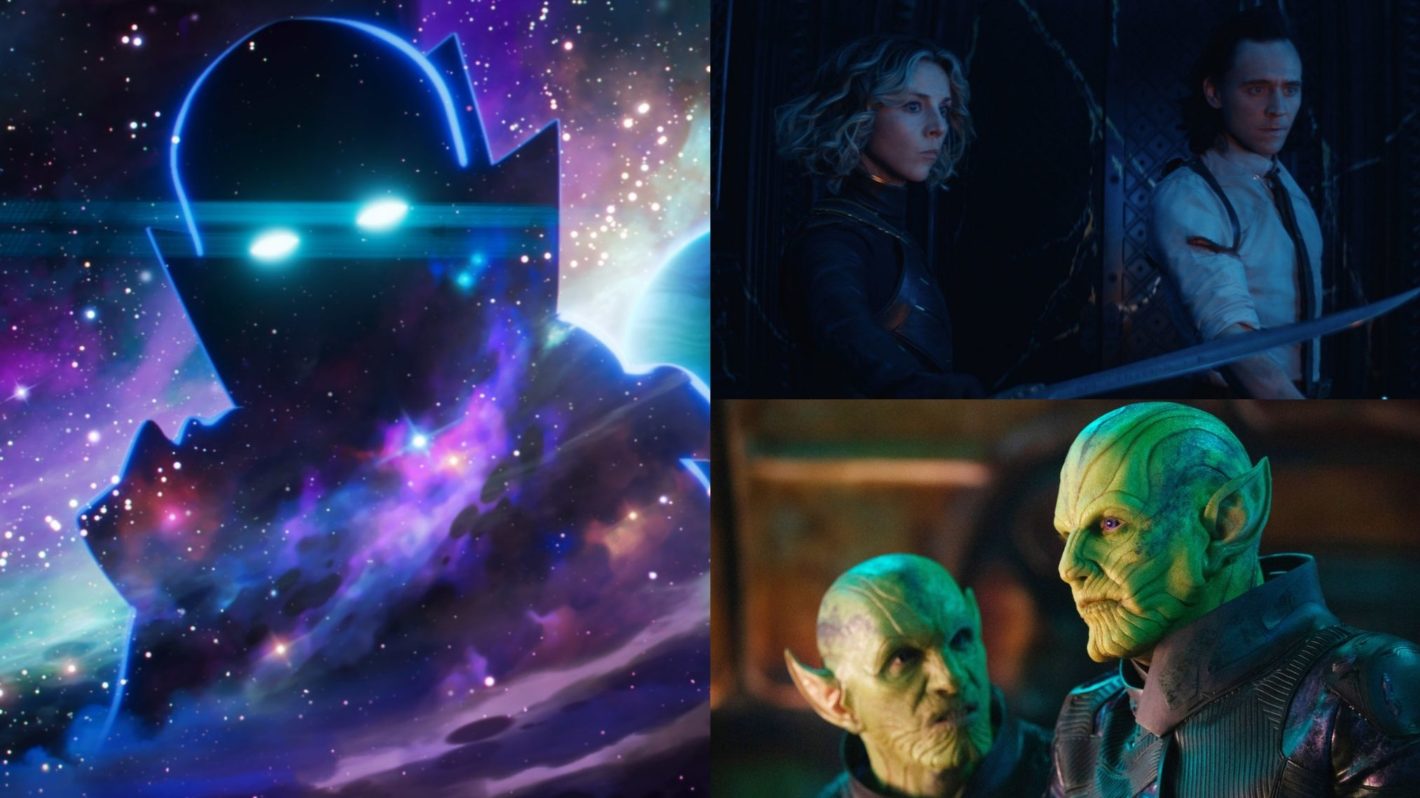 What If…?: Premieres August 11

The latest Marvel Disney+ series What If…? asks the question: “What if the stories of the heroes we know were different?” With several live-action MCU actors returning to voice their cartoon counterparts, fans can expect to see Peggy Carter (Hayley Atwell) take up the mantel of “Captain Carter” alongside a scrawny Steve Rogers, Marvel zombies, and unique team-ups, all overseen by Jeffrey Wright‘s The Watcher. The upcoming series also marks Chadwick Boseman’s final performance as T’Challa, only this time not as the Black Panther we know and love.

Jeremy Renner’s Hawkeye will finally get the spotlight in his titular Disney+ series, set to premiere on November 24. Following Clint Barton after the events of Avengers: Endgame, the series will see him alongside new mentee Kate Bishop, played by Hailee Steinfeld. Vera Farmiga, Fra Fee, Tony Dalton, Alaqua Cox, and Zahn McClarnon will also star. After the recent release of Black Widow, Florence Pugh’s Yelena Belova will be making an appearance in the series.

Newcomer Iman Vellani will play Marvel’s first Muslim superhero, Ms. Marvel, in the upcoming Disney+ series. Inspired by Captain Marvel, Pakistani-American teenager Kamala Khan will choose to do good after discovering her newfound superpowers. The cast includes Aramis Knight, Matt Lintz, Saagar Shaikh, Mohan Kapoor, Rish Shah, Zenobia Shroff, and Laurel Marsden. The series was announced to be released in late 2021, but could potentially be pushed back by the pandemic, just as other Marvel projects have. Many of Marvel’s Disney+ shows are setting up new characters to appear in future movies, as Vellani will return as Kahn in the Captain Marvel sequel, The Marvels.

Starring as talented lawyer Jennifer Walters, Tatiana Maslany has been cast as the titular character in Marvel’s She-Hulkseries. Following an emergency blood transfusion from her super-powered cousin, Bruce Banner, Walters will inherit his powers, gaining the ability to Hulk out herself. Unlike the Hulk, she can remain more herself when powered up. The Good Place’s Jameela Jamil will play one of She-Hulk’s most frequent rivals, Titania, with Mark Ruffalo returning as Bruce Banner, and Tim Roth returning to the MCU as his 2008 The Incredible Hulk character, the Abomination.

After his time in the Star Wars franchise, Oscar Isaac will join the MCU as the titular Moon Knight in the new Disney+ series. On a trip to Egypt, Marc Spector is saved from death by the moon god, Khonshu. He is thus granted superpowers by agreeing to become the god’s conduit, taking on several new identities in the process. Ethan Hawkewill play the show’s main villain, with May Calamawy also cast in an as yet unknown role. The series reportedly began production back in April 2021, meaning we probably won’t see the vigilante on our screens until 2022.

Secret Invasion will see the return of many familiar faces, including Samuel L. Jackson as Nick Fury and Ben Mendelsohn as Skrull villain-turned-ally, Talos. While little is known about the show’s plot, it will likely follow the popular Secret Invasion comics storyline, which revealed that many of the shapeshifting aliens had been infiltrating Earth for several years, even disguising themselves as the heroes we know and love. Olivia Colman and Emilia Clark have joined the star-studded cast in unknown roles, along with Kingsley Ben-Adir, Christopher McDonald, and Killian Scott.

Following in the footsteps of Tony Stark, Ironheart will see inventor Riri Williams, played by Dominique Thorne, invent her own Iron Man armor after facing a tragedy. Further casting has yet to be announced, but Chinaka Hodge will serve as the show’s head writer, having previously worked on Snowpiercer and Amazing Stories. Perhaps the show could be the perfect opportunity for Robert Downey Jr. to make a surprise cameo, as Williams was trained by an artificial intelligence version of Stark in the comics.

Another show set in the Iron Man universe, Don Cheadle’s James Rhodes/War Machine will return for Armor Wars. Cheadle made a brief appearance in the first episode of The Falcon and The Winter Soldier, which earned him an Emmy nomination for Outstanding Guest Actor In A Drama Series. As Kevin Feige said during the show’s announcement at Disney Investor Day 2020, the series will follow the comics storyline of the same name, seeing “Tony Stark’s worst fear coming true. It’s what happens when his tech falls into the wrong hands.” No other casting has been announced.

I Am Groot: Announced

Everyone’s favorite intergalactic talking tree is getting his own series of original shorts on Disney+, properly titled I Am Groot. The shorts will see the return of the popular Baby Groot version of the character, though Vin Diesel is not yet confirmed to return for the series. This series will be the second Guardians-focused Disney+ original, as The Guardians of the Galaxy Holiday Special will premiere in 2022.

One of the best ways to get a glimpse into modern Chinese culture is by exploring its entertainment apps. From streaming services to social media networks, Chinese apps offer a vast array of engaging...